Last updated on 3 months ago
Sort By: Oldest
Track threadPrint
CLDaviJunior Member
Posted 3 months ago
#1
I have a query. If a magazine is discontinued, and the issues are still available online for sale, as digital files, can they be put here for archival preservation, without much problems? I’m just doing my research for future reference.

kitsunebiAdmin
Posted 3 months ago
#2
I can't answer your question, but I would like to point out that terms like "discontinued" can be misleading, as it does not mean out-of-print or unavailable. A discontinued mag with past digital editions for sale is more "in print" and available than all but the most current issue of a still-circulating mag that doesn't have a digital edition.

From a legal standpoint, pretty much all magazines hosted online are illegal (certainly gaming mags at any rate, since video games themselves haven't existed long enough to outlast the minimum length of copyright laws.) From a publisher's financial standpoint, a mag with digital editions for sale will be worth protecting legally moreso than a mag that is no longer being sold in any format. So while all scans and digital copies uploaded here and elsewhere may be illegal, it's the ones still on sale in digital format that might be more likely to draw unwanted legal attention. Well, those and anything with the word "Nintendo" in the title.

I am wholeheartedly behind the idea of preserving mags via scans and digital copies. Of course, "preserve" doesn't mean "make publicly available." Making that call is up to whoever wants to risk being at the receiving end of copyright infringement litigation. But regardless, I simply wanted to point out that in the specific example you gave, I see no reason to give any import to a mag being "discontinued" if there are still digital copies being sold. Still on sale is still on sale. 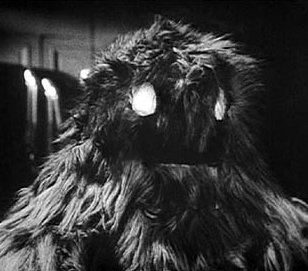 KiwiSuper Admin
Posted 3 months ago
#3
100% agree with kitsunebi on this topic.

I have every issue of Edge / Retro Gamer, PC Gamer (UK/USA) released digitally archived but while they are available for sale in digital format from the publisher themselves I will not make them available here. It is too risky from a legal standpoint and why prevent the publisher from earning a living off their work? Otherwise they won't see the point of producing content and that is the worst scenario of all in my opinion.

I am cognizant of the fact this platform doesn't readily allow me to display content we have archived in the download sections as it requires a physical download item. I could put the cover image as the download but then members would complain that they downloaded that rather than the mag itself and likely generate angst with some members who seemingly expect everything for the $2 they donated ages ago.

That is why I had been toying with moving to SMF and the pro download manager as I could add downloads and make them visible but not downloadable really easily, including visibility to the public if so desired to encourage people to sign up. But no-one bothered to comment on the test forum or the idea so I dropped it. Members are seemingly interested in the downloads only and the platform is irrelevant if they can get them so why bother investing a lot of time, effort and funds into a potentially better platform? The irony is it would have fixed the visibility problem so people would know exactly what we have archived.
slider1983Member
Posted 3 months ago
#4
I've been sending my scans of GamesMaster Presents to Kiwi and as far as I'm aware they can't be bought from any notable shops or stores so those should be good.
JasonAdmin
Posted 3 months ago
#5
Just to add what Kitsunebi said, digital platforms allow for years worth of magazines to be available. For example, Readly has issues of Edge going all the way back to February 2015, and Zinio even further I believe (I canned my sub to that years ago so I cant check anymore). Just about every current gaming magazine eg Play, Edge, PC Gamer, Retro Gamer etc has years worth of issues available to subscribers. Niche magazines previously only available to Patreon subscribers, like the relaunched ZZap, Crash, Amtix and ZZap Amiga are also on there.

As long as these magazines are able to be accessed on paid services then they should be considered as off limits for distribution.

Even if you read a few issues a month, Readly is great value. Its $15 Aussie a month, which is less than what an airmailed copy of Edge would be, and I can read it the second its available in the UK. I have about 40 magazines in my favourites - the biggest problem with this service is trying to keep up with reading them all!

To return back to the original post, theres also plenty of magzines no longer published also available there,such as Hyper AU, GamesTM, Xbox official, Gamesmaster and more so they too would have to fall into the same category. They are still “published” so off limits
Edited by Jason on 22/08/2022, 3 months ago
slider1983Member
Posted 3 months ago
#6

To return back to the original post, theres also plenty of magzines no longer published also available there,such as Hyper AU, GamesTM, Xbox official, Gamesmaster and more so they too would have to fall into the same category. They are still “published” so off limits

Must be a headache to try to find websites where you can buy them just so you can see if they're okay to put online.

I'm still scanning my GM Presents stuff so at least it's available for when people are allowed to download them.