Last updated on 4 days ago
Sort By: Oldest
Track threadPrint

Kiwi
Super Admin
Posted 16 days ago
#21
Something a little different today with Acorn User issue 66 added to the download collection.

Kiwi
Super Admin
Posted 15 days ago
#22
A bit of a quiet night tonight with family over for the night but I did manage to squeeze issue 35 of Computer Games: Strategy Plus through the scanner so without further ado here it is!! Dig those wonderful F-14 Tomcat's!!

Kiwi
Super Admin
Posted 15 days ago
#24
Things get really out of whack with the next release. CVG's Book of Games II harks back to the days of old when if you wanted a game you typed it in on your home computer. Yep, type-in listings were a thing back in the day!! Mainly because your parents spent soo much buying you a computer they were damned if they were going to pay for all your games. In fact, they didn't even like the idea of games but if a mag meant they had several hours of blissful silence while you mashed away on the keyboard, well, THAT was worth a couple of quid spent on a mag!!

Kiwi
Super Admin
Posted 15 days ago
#26
Next up we have the Nov 1986 issue of Your Computer (UK). The publishers of this mag could not agree on a naming format as they started off with a Volume + issue number convention then changed it to display only the release date. I used to name these via issue number based on a UK website .... then subsequently Retromags when that other site dropped displaying of magazine covers but in all fairness the publisher didn't put an issue number on them so it seemed wrong to carry on that way. I have changed these to list purely by date as it is the one constant in all this.

Kiwi
Super Admin
Posted 15 days ago
#27
Bought new at the time of publication and sitting patiently in my basement for the last 35 years waiting for it's time in the sun was Computer Games issue 19. Look inside and behold images of the games taken by camera as that was the only way to get a screengrab in those heady days of the 1980's. Ahh!! Pure nostalgia that is!! Has anyone else here played Dare Dare: Pilot of the Future?

Kiwi
Super Admin
Posted 12 days ago
#28
Thanks to JabbaTheGamer and Jason issue 10 of Official Xbox Magazine (USA) is now available to get the weekend off to a green start.

Kiwi
Super Admin
Posted 12 days ago
#29
Replying out of the blue corner comes issues 64, 65 and 94 of Official PlayStation Magazine (US).

kitsunebi
Admin
Posted 12 days ago
#30
A blast from the past, Famicom Tsuushin (also known as Famitsu) issue 73 is now in the download section!

This mag was published at the end of April 1989, right when the Game Boy was launched in Japan...and yet there's very little Game Boy coverage within. Granted, the Game Boy launched with just 4 games, which perhaps had already been covered in the previous week's issue, but it still seems odd. Perhaps no one realized what a huge success it would become? The original Game Boy/Game Boy Color would ultimately sell 32.47 million units in Japan, second only to the Game Boy DS at 32.99 million units. To put this in perspective, it easily dwarfs the sales of Sony's best selling system, the PS2 (21.45 mil), Nintendo's best-selling console, the Famicom (19.35 mil), and Sega's best-seller, the Saturn (5.75 mil).

Or maybe it was just because the Game Boy's yellow/green screenshots weren't the most interesting thing to look at in a magazine?

Kiwi
Super Admin
Posted 11 days ago
#34
Something we haven't seen in a while is EGM. That is rectified today with issues 172, 190 and 229 added to the download section.

Has anyone else here played Dare Dare: Pilot of the Future?

You mean Dan Dare? No, never played it unfortunately. I hear it's good.

Has anyone else here played Dare Dare: Pilot of the Future?

You mean Dan Dare? No, never played it unfortunately. I hear it's good.

kitsunebi
Admin
Posted 4 days ago
#37
Famitsu 1389 is now available to download! There's lots to see in this 270 page issue, but one thing in particular caught my eye as I flipped through -- a Vita game called "Genkai Tokki Moero Crystal." A port of this game was released worldwide 5 years later in 2020 for the Switch, so maybe some of you know it, but it was new to me.

For those like me unfamiliar with the game, it's an RPG where the protagonist confronts monster girls and uses the Vita's touch screen to massage their bodies in order to coax them out of their bras and panties, which is somehow the method by which to "save the world."

It even has adorably kawaii mascot characters like the self-proclaimed "Panty Hunter" and "Bra Thief" seen here. 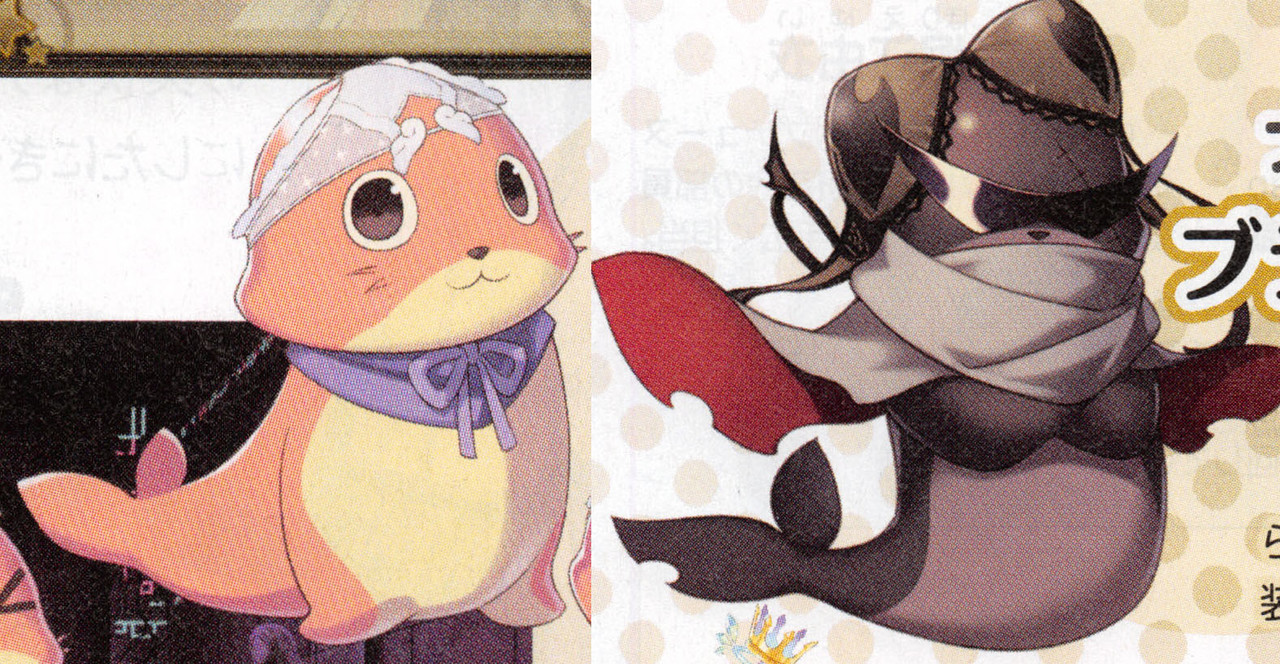 This is perhaps the most Japanese game ever made.

On a completely unrelated note (

) the birth rate in Japan continues to drop as more and more young people claim to have no interest in sex and remain single, or else enter sex-free marriages. Because they're too busy playing games like this where the protagonist is literally nicknamed "the lucky pervert?" Hmmm...